Churchill's Legacy: Not Yet Set in Stone

As thousands took to the streets in London to participate in anti-racist protests on 7 June, controversial additions were made to Winston Churchill’s statue in Parliament Square. A black line was struck through Churchill’s name, and graffitied below it were the words: ‘was a racist’. Taped across his midriff was a cardboard sign saying ‘Black Lives Matter’.

After some rigorous scrubbing, the bronze statue on an eight-foot-high plinth was boarded up for ‘protection’ for ten days.

Most mainstream media used language that was condemnatory in tone to report on the incident; in particular, the words ‘vandalism’, ‘defacement’, ‘defiling’ and ‘desecration’ cropped up most often. There was immense outrage over the graffiti from several quarters. After all, few enjoy legacies as formidable as Churchill’s – he is a much-revered figure who has consistently topped lists of the Greatest Britons of all time. Apart from many statues and busts, he has been memorialised countless times in award-winning books, films, and television shows that play liberally with historical fact. 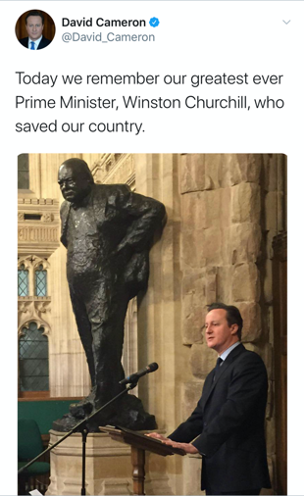 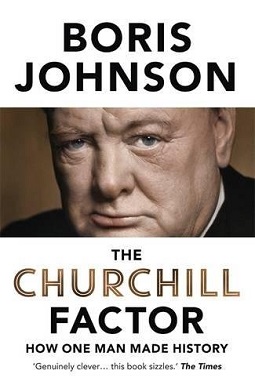 Several British Prime Ministers have measured themselves against him

Churchill had chosen the spot for his statue in Parliament Square himself, over a decade before his death. When the statue was unveiled in 1973, the Queen and five prime ministers were in attendance. Yet Churchill’s legacy is very much like that statue: He cuts an imposing figure, but leans on his stick for support. Churchill has a towering reputation, but one that is heavily buttressed by selective memory and erasure, and reinforced by the propagation of an airbrushed image of the great British patriot. In reality, Churchill was an imperialist and a racist, and held views that were judged controversial and inflammatory even by his contemporaries.

His early life and career go some way towards explaining his worldview. His family, as descendants of the Dukes of Marlborough, were in the highest echelons of Victorian Britain’s governing elite. A below-average student at Harrow, he went on to the Royal Military Academy, Sandhurst, before being commissioned to a regiment in the British Army at 21. He had early encounters with the British imperial project over four years of service in Sudan and India. Describing a military campaign against Pashtuns in modern-day Pakistan, he wrote:

‘We proceeded systematically, village by village, and we destroyed the houses, filled up the wells, blew down the towers, cut down the great shady trees, burned the crops and broke the reservoirs in punitive devastation.’ [1]

While involved in brutal colonial campaigns, he also began honing his skills as a writer. He wrote his first book as a war correspondent for the Tirah campaign to put down a rebellion against British rule in modern-day Pakistan. A memorial to the campaign stands in Oxford city centre today. Soon after, at 25, he moved on to a parliamentary career. Historian Richard Toye argues that Churchill self-consciously constructed himself as a Victorian and, ‘although many of his beliefs were deeply held’, he deployed imperialist and racist discourse opportunistically to further his own career.[2]

He briefly dabbled in eugenics, writing in 1910 to then Prime Minister H.H. Asquith:

‘The unnatural and increasingly rapid growth of the feeble-minded and insane classes, coupled as it is with a steady restriction among all the thrifty, energetic and superior stocks, constitutes a national and race danger which it is impossible to exaggerate... I feel that the source from which the stream of madness is fed should be cut off and sealed up before another year has passed.’ [3]

His firm belief in racial hierarchies is indicated by his evidence before the Palestine Royal Commission in 1937:

Although Churchill is seen as protector of Europe against fascism, he defended exploitation and cruel excesses in Britain’s colonies. He had equally entrenched ideas about the Raj and was highly resistant to the idea of Indian self-government. [5] Not far away from where he stands in Parliament Square is a statue of M.K. Gandhi (whose statue in Leicester too had ‘racist’ daubed on it in recent protests). Churchill’s dismissiveness of the "seditious Middle Temple lawyer" and ‘half naked' "fakir of a type well known in the east" is well established.

Churchill’s victory in the Second World War was built on the back of the British Empire, which felt the effects of war and inflation in exceedingly harmful ways. One of the most damning indictments of his career is the Bengal Famine of 1943 that killed between three and five million people.

There is little scholarly doubt the famine was a result of wartime policy failure and not actual food shortage or drought. The colonial government’s half-hearted and delayed efforts to deal with it failed spectacularly. The Japanese occupation of Burma, which began in 1942, put a stop to the rice imports Bengal relied on, and the British denial policy of destroying rice and boats as a scorched-earth response to their advance exacerbated problems of access to grain. Even his contemporaries commented upon Churchill’s indifference. Secretary of State for India, Leopold Amery, "didn’t see much difference between his outlook and Hitler’s" and was "by no means sure whether on this subject of India he is really quite sane." [6]

The constructed image of

Churchill towers over Churchill the man. During his lifetime he was far from universally popular, his speeches were not always well received, he had many enemies in parliament, and in 1945 (after leading Britain to victory in World War II) the Conservative Party lost the general election. His statue in Parliament Square is no stranger to interpretation either – at May Day protests in 2000, a student and former soldier sprayed it with red paint to give the appearance of blood dripping from his mouth.

So why do the problematic elements of Churchill’s persona continue to be so conveniently obscured? When Prime Minister Boris Johnson dismissed calls to remove the statue by tweeting, "We cannot now try to edit or censor our past. We cannot pretend to have a different history," he inadvertently provided us with the very reason for why the current ways of memorialising Churchill need to be seriously complicated and re-evaluated.

In popular memory, Churchill is in a different league than Rhodes, Colston, or Milligan. But this is precisely why interrogating his legacy is at once both the hardest and most important step that we need to take. If Britain is to come to terms with its colonial past, then the process must go hand in hand with destabilising whitewashed portrayals of its ‘great men’, including the ‘Greatest Briton.’ The current movement offers a real chance of not only diversifying representation, but decolonising it at the very highest of levels.

Like his statue in Westminster, many memorials to Churchill may be set in stone -- but his legacy is not. And it certainly shouldn’t be.

Empty Spaces: Where are the Statues to Imperial Victims?

Sir John A. Macdonald: National Hero or Architect of Genocide?